"Life can only be understood backwards; but it must be lived forwards."

Sindh and the making of communities in South Asia and the Indian Ocean: between myth and reality

South Asia and the Indian Ocean form a vast area which gave birth to an array of varied cultures based on the huge interactions between the shores, in terms of material as well as religious and cultural goods. In the Indian Subcontinent, there was a space that was often quoted in the narratives related to the origin of the communities: Sindh. Today a province of Pakistan, the very name of Sindh comes from the Sanskrit Sindhu, the River, which will give the words Hind in Arabic, thus Hindu, and later on India. Originally, the name of Sindh was given to the main part of the Indus Valley, and in such an arid country, the River was life, and as the Swiss scholar Gilbert Etienne says, this area was a gift from the Indus, paraphrasing Herodotus who said Egypt was a gift from the Nile.

The Third Khoja Studies Conference aims to explore how Sindh was represented in the making of the different religious communities of the region, including Muslim, Hindu, Buddhist, Sikh, Jain, Parsi and others. Some communities were historically born in Sindh, while other were not, but for a number of reasons, they incorporated Sindh in their mythical narrative of origin. For example, the official narrative related to the birth of the Khoja community, as extracted from ginans attributed to Pir Sadr al-Din (14th C.), clearly claims that Sindh, exactly a place named Kotri on the Indus River, was the cradle of the making of the Khojas as a community. Other groups claim to be of Sindhi origin, such as the Jarejas, but were compelled to migrate to Gujarat, where they ruled Kutchch and the Western part of Kathiawar for centuries. Lohanas, for instance, were arguably from Punjab, but they were ‘sindhized’. Furthermore, focussing on Sindh is an innovative way to reflect on the issue of interactions between religions. The Hindu epic of Mahabharata contains mention of Sindh. Ismaili and Sufi Muslims started their proselytism in Sindh. Beyond Islam and Hinduism, Sindh was also a cradle for Buddhism, Jainism, as well as the Udasi branch of Sikhism.

The conference aims to address these questions: Was Sindh working as a matrix in the making of communities? When they refer to Sindh, is it about a mythical Sindh, and in this case, what was the benefit to refer to it? Or was it included in a process of searching for roots in a ‘real’ territory, as if the belonging to a soil was necessary to make a community? How did Sindh host a wide range of communities with syncretic ideologies and practices? These and similar questions will be examined by leading scholars of different communities under study, using data ranging from devotional literature to monuments.

We invite scholars and researchers to submit their abstracts by 24 October 2022. The abstracts will then be selected based on their alignment with the theme of the conference followed by an invitation to submit work-in-progress papers well ahead of the conference. These articles will be pre-circulated in order to facilitate in-depth conversation during the course of conference. We are aiming to publish the proceeding of this conference as an edited volume and hence your full commitment and cooperation will be highly appreciated.

The project will provide 3-days of accommodation and meals during the course of the conference. In addition to this, conference bursaries upto $500 are available to support participation of scholars and early career researchers.

The important dates are as follows:

Please send your abstracts and/or any queries related to the conference to Kumail Rajani: k.rajani@exeter.ac.uk 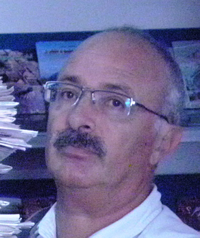 
Michel Boivin is Senior Research Fellow at the Centre for South Asian Studies and he teaches Historical Anthropology of Muslim Societies in Colonial and Postcolonial South Asia at the School of Advanced Studies in Social Sciences (EHESS, Paris). He also supervises a number of master and PhD students, at EHESS as well as at the University of Karachi where he is external examiner for PhD. In 2011, he has founded the Centre for Social Sciences in Karachi (CSSK), a French NGO whose aim is to foster the studies in Social Sciences related to Pakistan and South Asia.

Michel Boivin works on the construction on modern knowledge in the context of colonial and postcolonial South Asia, through the emergene of new social classes. Focussing on the Sindhicate area, he scrutinizes how the vernacular was constructed both in Muslim and Hindu societies before and after partition, in Pakistan as well as in India. He has authored about one hundred academic papers, and he has edited and published twelve books. The last one published in French is title Pakistan: Anthropology of an Islamic Republic (Téraèdre, Paris, 2015). In English, he has recently published Historical Dictionary of the Sufi Culture of Sindh in Pakistan and in India (Karachi, OUP, 2015). 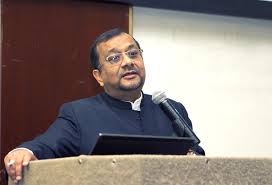 
Dr. Hasnain Walji is a Co-Chair of the Khoja Heritage Project of The World Federation of KSIMC. He is an educator, historian, author, and an interfaith activist.

As a dedicated oral historian, for the past 30 years he has been researching and documenting the socio-religious history and evolution of the Khoja Shia IthnaAsheri Community. This has culminated in the production of a a groundbreaking anthropological documentary "The Khojas - A Journey of Faith" that spans the past 600 years of the Community's history. Hasnain has also served as Secretary General, Vice-President and as President of The World Federation of KSIMC and is the founding director of the Mulla Asghar Memorial Library and Resource Center in Toronto which houses a rare collection of over 100 manuscripts on the history of the Khojas in Gujarati and Khojki. He has authored 26 books on naturopathic medicine that have been translated from English to Chinese and other European languages. He has travelled the world in pursuit of his passion for increasing interfaith understanding in a quest to make this world a better place for his six grandchildren.


Dr. Iqbal Akhtar is an assistant professor with a dual appointment in the departments of Religious Studies and Politics & International Relations in the Steven J. Green School of International and Public Affairs (Florida International University). He completed his doctorate at the University of Edinburgh’s New College School of Divinity. His current work explores the origin of the Khōjā peoples in the Subcontinent through extant oral traditions known as the kahaṇī in Sindhi, Gujarati, and Hindustani.

He teaches both undergraduate and graduate courses as well as independent studies which include but are not limited to: Islamic Political Thought, Advanced Interpretations of the Quran, Voice of the Prophet, Islamic Faith and Society, Women in Islam, and Islamic Mysticism (Sufism). He is the research director of the Western Indian Ocean Studies programme. 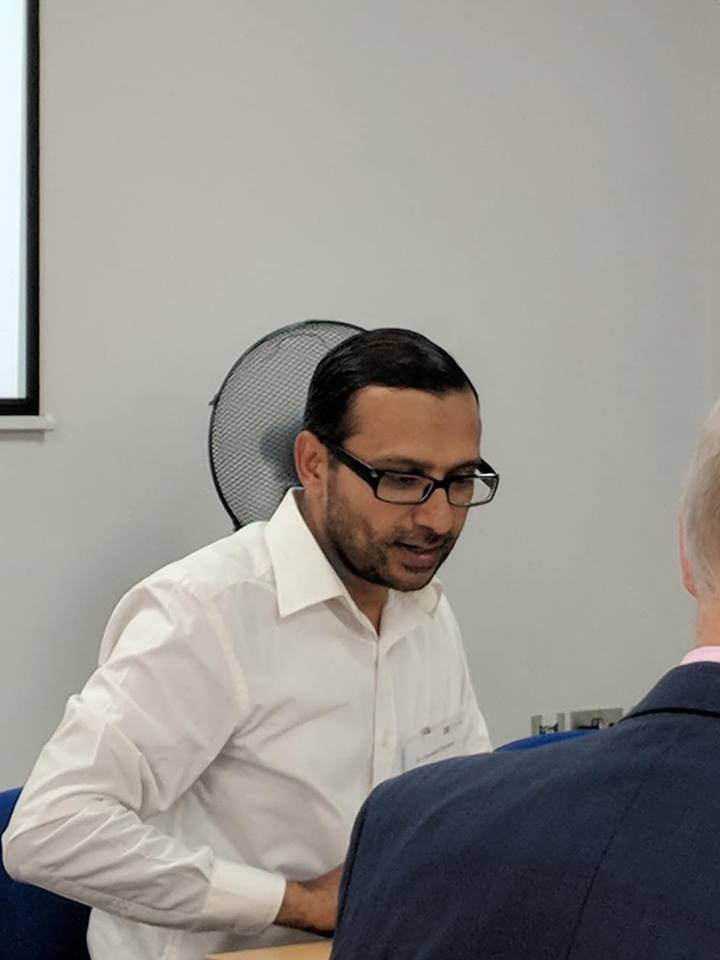 
Kumail Rajani is a Postdoctoral Research Fellow in Islamic Studies at the Institute of Arab and Islamic Studies, University of Exeter. He works on the Law, Authority and Learning in Shiite Islam project, an advanced award (no. 695245) funded by European Research Council. Though primarily focused on the origins and development of hadith corpora, his research includes Islamic law, legal theory, and Shiʿi studies more broadly. He recently published an article entitled “Between Qum and Qayrawān: Unearthing early Shii ḥadīth sources” (BSOAS 84/3, 2021). He also edited The Sound Traditions: Studies in Ismaili Texts and Thought (Brill, 2021) and co-edited Shiʿite Legal Theory: Sources and Commentaries (forthcoming, 2022). He is currently working on converting his PhD (Making Sense of Ismaili Traditions: The Modes and Meanings of the Transmission of Ḥadīth in the Works of al-Qāḍī al-Nuʿmān (d. 363/974), Exeter) into a monograph, among other pursuits. Rajani spent a number of years in Shiʿite seminary (Ḥawza) of Qum studying and teaching classical Islamic texts of ḥadīth, fiqh and Islamic legal theory. Rajani is the recipient of Post Doctoral Writing Fellowship from British Institute for Libyan and Northern African Studies for one year (2022) as well as British Academy Postdoctoral Fellowship for 3 years (2023-2025).

The World Federation of KSIMC

The World Federation was established in 1976. Its aim was to unify the disparate communities of the Khoja Shia Ithna Asheri community throughout the world under its umbrella. The World Federation recognised the needs and growth of the newly-settled Khoja Shia communities in the West, namely in the UK, Europe, USA, Canada, Dubai, and Australasia. The World Federation attends to the community’s financial, spiritual, and educational needs, and passionately follows its motto: ‘We exist to serve’. It is a registered charity in the UK, and is world renowned for its efficient and well-organised humanitarian and religious contribution to people throughout the world.

The World Federation of KSIMC works in the areas of International Relief & Development, Islamic Education, and Community Affairs, the last of which includes the Khoja Heritage Project. 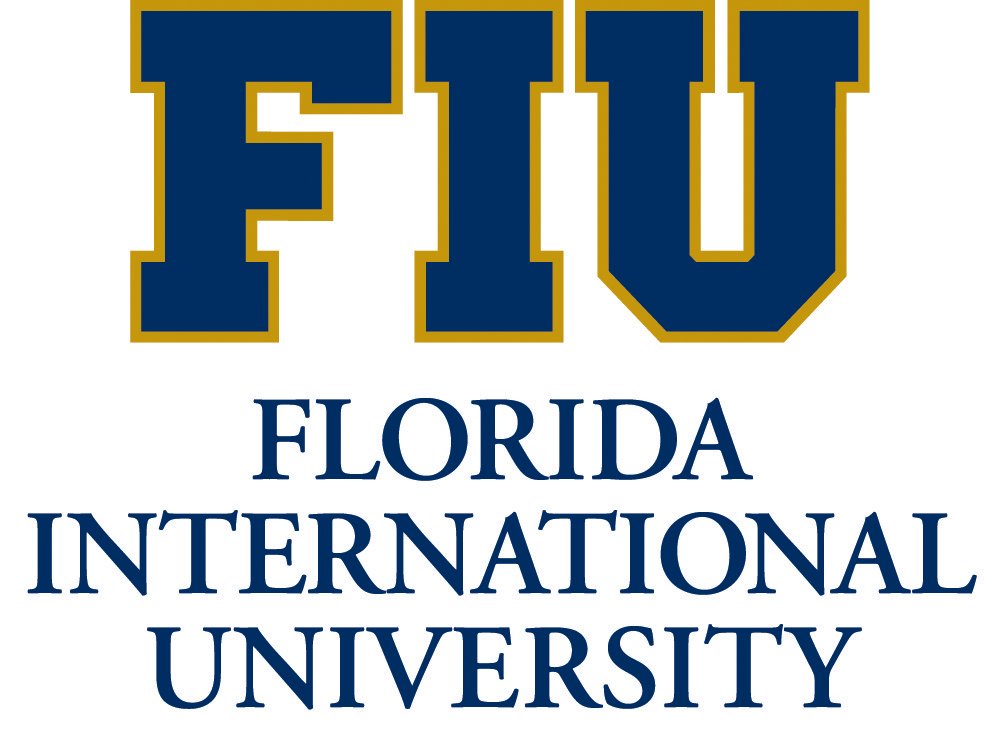 The EHESS is made up of over 47 research centres, 37 of which are shared with the Centre national de la recherche scientifique. It nevertheless does not constitute a research institute in the conventional sense of the word. Life at the school is centered on research training in which students work alongside experienced researchers, a perspective from which they gain privileged access to the mechanics of research in progress. The school can boast of an unparalleled range of research seminars, programs and publications, all of which embrace an interdisciplinary and multidimensional approach. It accordingly places a particular emphasis on area studies and it is a key aspect of school policy to actively promote conversation between the social sciences and other sciences, in particular the life sciences, as well as the arts.

Life at the EHESS is driven by its 300 plus tutor-researchers and 500 pure researchers based in its multiple research centres, in collaboration with over 450 technical support staff and 3000 enrolled students, and is supported by a consolidated budget of 40 million euro. The school also places great emphasis on its international agenda, maintaining links with a vast constellation of universities around the globe. It invites each year 150 foreign teachers to enrich its research activities and approximately one half of its students come from outside of France. The resources it offers to those pursuing doctoral and post-doctoral studies, as well as the number of publishing researchers based at the school, mark it out as a key hub for research in the social sciences in Europe.

Institute of Arab and Islamic Studies, University of Exeter

The Institute of Arab and Islamic Studies is one of the foremost academic institutions in the UK offering research and taught degree programmes in a wide range of areas within the field of Arab, Middle Eastern, and Islamic Studies. We offer Arabic and Middle East languages as well as comprehensive education in the literatures and cultures of the Arab world and Middle East, the history, politics, economies, societies, and anthropology of the region and almost every aspect of Islamic studies from medieval to modern Islam. A number of dedicated research centres and links with other subject areas provide you with an opportunity to branch out into other disciplines and areas of study, as well as reinforcing the teaching you receive through cutting-edge research and engagement with current issues.